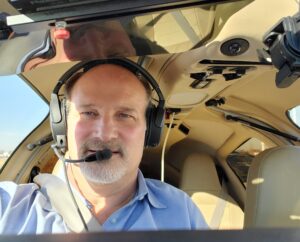 Automated Assembly Corporation® was founded by Scott in 1991. Scott received his Manufacturing Engineering Degree in 1984 from the University of Wisconsin Stout. He became a Certified Technologist in 1985 through the Society of Manufacturing Engineers. Scott is the inventor and World Patent Holder of SMT flex™, and has dedicated his entire career in the advancement of SMT-Flex, and Roll-To-Roll Flex Technology.  Scott remains an active inventor with many technology patents. Scott has been involved in many leading-edge technology innovations including the first Cell Phone, Motorola’s StarTAC Cell phone, First ABS Brake circuitry for Texas Instruments, and the first CAM and Crank sensor for Micro Switch. Scott started Automated Assembly Corporation® in March 1991. Automated Assembly™ has been “the first” in a number of areas. They were the first company to do Reel-to-Reel (R2R) Flex Assembly, the first to solder on Polyester, PEN, Polyimide, and Tyvek in Reel-to-Reel (R2R) form. Automated has continued to lead by producing the first RFID tags, the first LED Flex strips, the first 3D viewing glasses, and the first wearable computer. Automated Assembly Corporation® has reinvented again! Going live now, with next-generation technology. As a Private Pilot, and a Life Member of the Experimental Aircraft Association, Scott understands the importance of high quality electronics.  In most cases our life is on the line!

Dave has over 30 years experience in products and processes related to flexible printed circuits. He holds five patents related to the processing of low-temperature flexible substrates. He has designed and installed dozens of machines for roll to roll processing and assembly. He earned his BSEET from Minnesota State University. Before joining Automated Dave worked for ten years at Sheldahl of Northfield Minnesota doing mechanical engineering and machine design tasks. He also has experience doing R&D in Engineering Science.

Brian was hired in 2005 following a brief 25-year career as an avionics technician for Northwest Airlines, Continental Airlines, and the Marine Corps. He builds, designs, and maintains manufacturing equipment for Automated Assembly.  Brian is advanced in Vision, Robotic Programming, AOI, Roll-To-Roll Manufacturing, CO2Laser, and UV Laser Technologies.   Brian has coached hockey in the community for 22 years.

Pat graduated from South Dakota State University in 2007 with a Bachelor of Science degree in Mechanical Engineering. He started at Automated in 2009 as a production engineer in charge of guiding projects from prototype to production. He is fluent in Autodesk, AutoCAD, and Inventor. High Speed Digital Printing, SMT and Roll-To-Roll Technology.

Rhonda has an associate’s degree in accounting and is a Certified Internal Auditor for ISO 9000. She is GMS programming certified and 1-38-00 Fuji cam certified.

Roger was hired in 2012 and has over 25 years in the technology, medical, industrial, automotive, entertainment, and computer software experience. He has worked with Major Corporations and Fortune 500 businesses in over 20 countries. He has won numerous sales awards and has generated over $750M in sales Worldwide. Roger earned his Bachelors in Business Management from National University and is a U.S. Navy Veteran holding a Top Secret Security Clearance.